Conditions are the most powerful and complex tool for customizing your scoreboard graphic in Sportzdesigner. Conditions allow a user to define rules for conditionally rendering certain elements on stage. For example, if you are creating a graphic for a football game you will probably include an element to indicate that a penalty flag has been thrown on the play, in this example we will use a yellow rectangle called “rect2”. However, we do always not want to display this penalty flag element, only after a flag has been thrown by the referee. This is the type of situation conditions were created for!

A condition takes the form of an if…then… statement that is defined by the user and attached to a principal element that “owns” the condition. In the previous example of a penalty flag, we would create a condition that said: “If element flag1 has value F then element rect2 show *” and another that said: “If element flag1 not equal to F then element rect2 hide *”. Let’s take a closer look at these conditions. 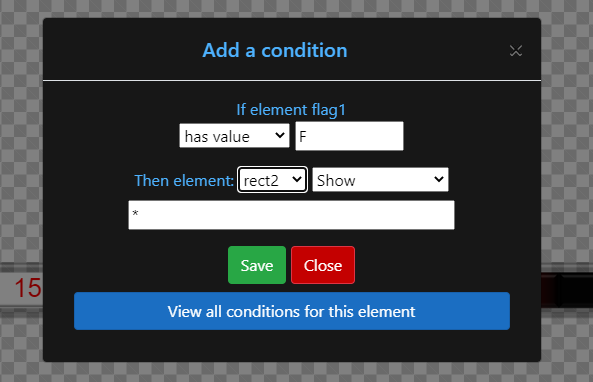 Anatomy of a condition

A condition is comprised of 6 parts: 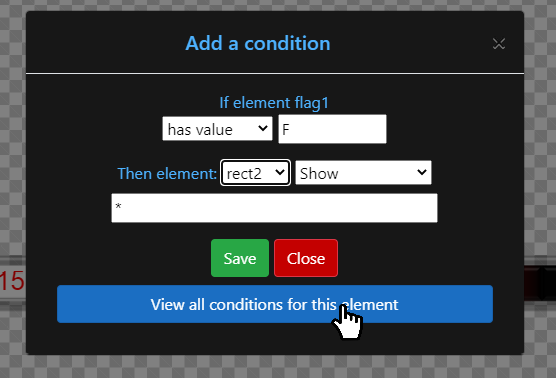 Show all conditions owned by this element 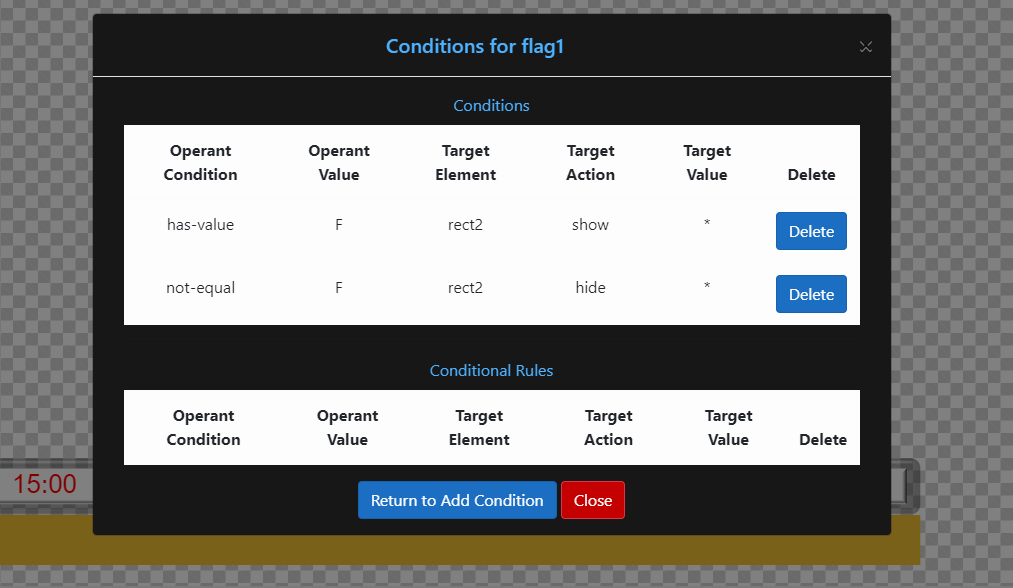 All conditions owned by this element

Knowledge of the principal element, operant condition, and operant value of a condition are all that is necessary to determine whether a certain condition has been met. In our previous example of, “If element flag1 has value F then…”

Going back to our previous example: “If element flag1 has value F then element rect2 show *”, we are now able to breakdown every part of that condition.

And it becomes clear that when flag1 has the value “F”, rect2 will become visible until flag1’s value changes.

But we are not done yet! To make this condition really useful, we need create a converse rule on the same principal element that will hide the penalty flag element (rect2) when a flag has not been thrown in the game. Specifically, this condition would be: “If element flag1 not equal to F then element rect2 hide *”.

When these two conditions work together, we see the desired result in our graphic.

Updating and deleting conditions can be done in the “view conditions” screen.

To update a condition, find the condition that you want and click “edit”. This will return you to the define condition screen. A condition is considered unique if it has the same:

To delete a condition, simply navigate to the “view conditions” screen and click “delete” for the conditions you wish to delete. 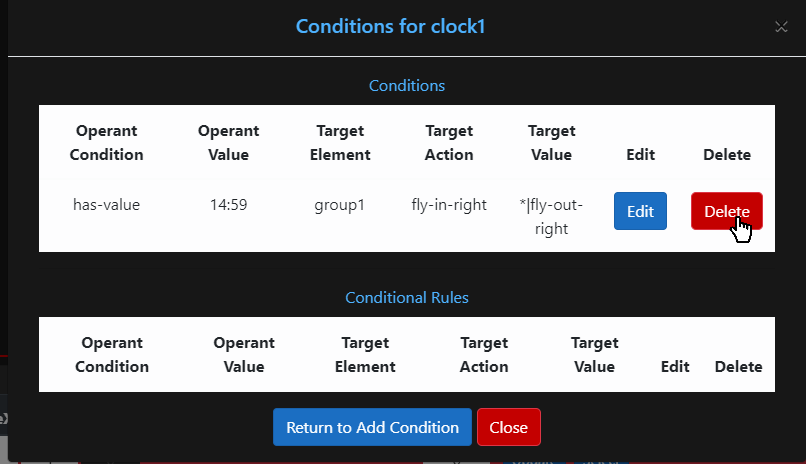